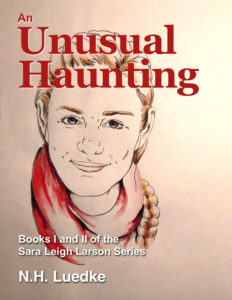 Sara Leigh Larson normally shies away from fate and crystal balls, but when an insistent fortune teller asks for help, kind-hearted Sara agrees to do her a favor. Finding a scarf at a thrift store for the old seer is easy. Delivering the cloth isn’t, since it’s haunted and the former owner’s spirit takes an interest in Sara. Now a bond she can’t sever has veered Sara’s life down a supernatural path never mapped into her college degree plan: indentured servant to a ghost with an agenda.

When Sara travels home to her family for winter break, seeking a few weeks off from her studies and situation, fate comes calling again, this time bringing an unholy guest in its wake. Threatened by an entity hell-bent on using her for its own plans, Sara is desperate to learn why she’s become the target of unusual paranormal attention as she struggles to survive. 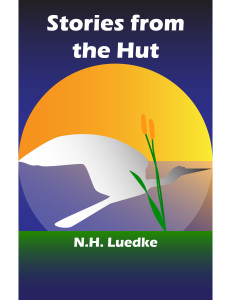 Stories from the Hut

These 24 short stories run the gamut of human experiences (from youthful independence to full-blown adventures, and from love unrequited to the danger of revenge) wrapped in the guise of fiction and fantasy with as much humor thrown in to offset the creepy as possible (and there are a few creepy stories, so be warned). 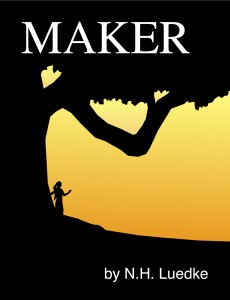 A lowly coffin maker realizes her friends and world are in jeopardy when her secret love of technology attracts the unwanted attention of the governing State. Now she must defend both by pitting her life and talents against the State mandate she is uniquely prepared for: death.